Home » Shaving » After Shave Balm Vs Lotion – Just A Marketing Gimmick Or ….?

When you shave, you not only remove your hair but also take out a layer or two of your skin. This is the reason behind the irritation you often feel after a shave. In addition, we are prone to cuts and nicks while shaving. Tell me who has not had a cut while shaving?

However, these cuts expose our skin to infections and this is where we need an aftershave. Aftershaves traditionally have been splashes that have higher antiseptic content in the form of either alcohol, witch hazel, or stearate citrate. The all-too-famous bay rum is a classic example of aftershave splash. A splash also acts as astringent and reduces post-shave skin irritation.

These splashes were and are very effective disinfectants but they have their fair share of side effects. For example, they dry out the skin and can irritate the exposed skin especially when applied on sensitive skin.

Thankfully, nowadays, we have products that not only do their disinfecting work but also have nutritional and hydrating ingredients for the skin. They make the aftershaves all the more efficient and helpful. These products come in various names like serums, balms, creams, lotions and fluid creams to name a few.

Out of these, aftershave balms and lotions are the most commonly available variants. But, how they differ from each other is the question here and how we should choose between them.

Aftershave Balm Properties and How They Affect Our Skin 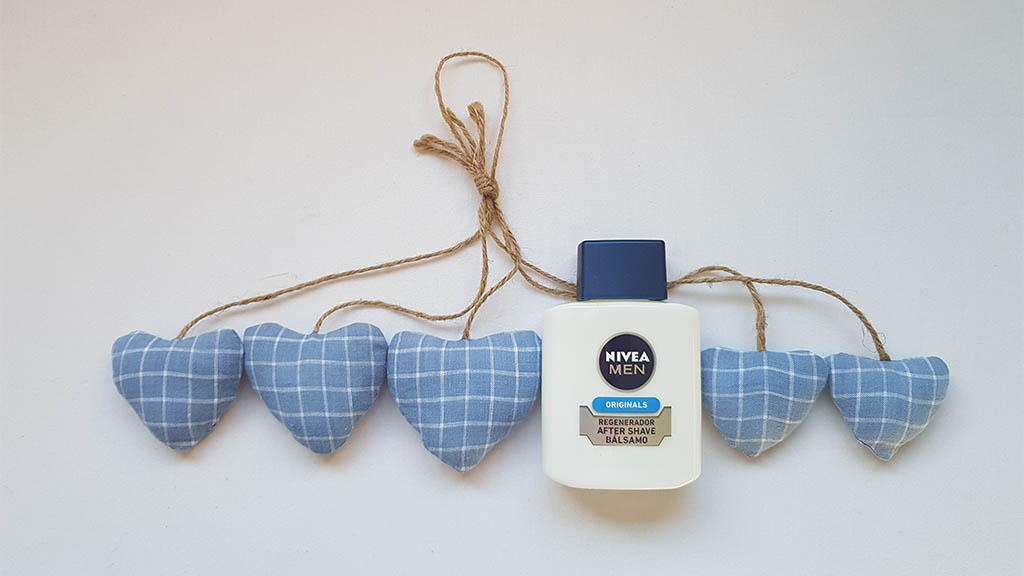 Aftershave balms are mostly thicker in consistency and can come in a gel to cream form. They are mostly topical preparations that usually do not contain alcohol. It is because of this that after applying a balm you won’t feel that stinging sensation which is common with splashes or lotions.

Aftershave balms are rich in moisturizing and nourishing properties. Balms get these features from their mix of ingredients which include both medicated and natural elements. These include glycerin, allantoin, aloe vera, and carrier oils such as jojoba oil, almond oil, coconut oil and cranberry seed oil to name a few.

For anti-inflammatory action, aftershave balms are mostly non-alcoholic and contain witch hazel. However, some aftershave balms do contain alcohol, but the concentration is less than found in splashes.

Witch hazel and alcohol are forms of astringents which act to cleanse the skin and constrict pores. Topical astringents act to coagulate skin proteins and they will dry, harden, and protect the skin.

Another important ingredient you may have in aftershave balms is emulsifying wax. It acts to bind oil and water and prevents water and moisture loss. It is because of this that balms have a thicker consistency.

The glycerin and/or allantoin act as humectants and they increase the effectiveness of other ingredients. Plus, they act to reduce moisture loss by absorbing nearby water and then retaining it. Some of the other humectants include glycerol, propylene glycol, sorbitol, lactic acid, and urea.

Balms are mostly lightly scented as opposed to their counterparts. However, there are unscented options also available.

When it comes to utility, aftershave balms are best for men with sensitive and dry to rough skin. They are better for sensitive skin because they have a relatively mild-acting anti-inflammatory action than strong-acting alcohol. Plus, because of their higher hydrating value, they are good at moisturizing and thus are good for dry to rough skin.
However, aftershave balms are not the best of options for people with oily skin. This is because they prevent loss of oil and accumulation of excess oil can lead to an exaggeration of problems associated with oily skin such as acne.

Aftershave Lotions and How They Affect Our Skin 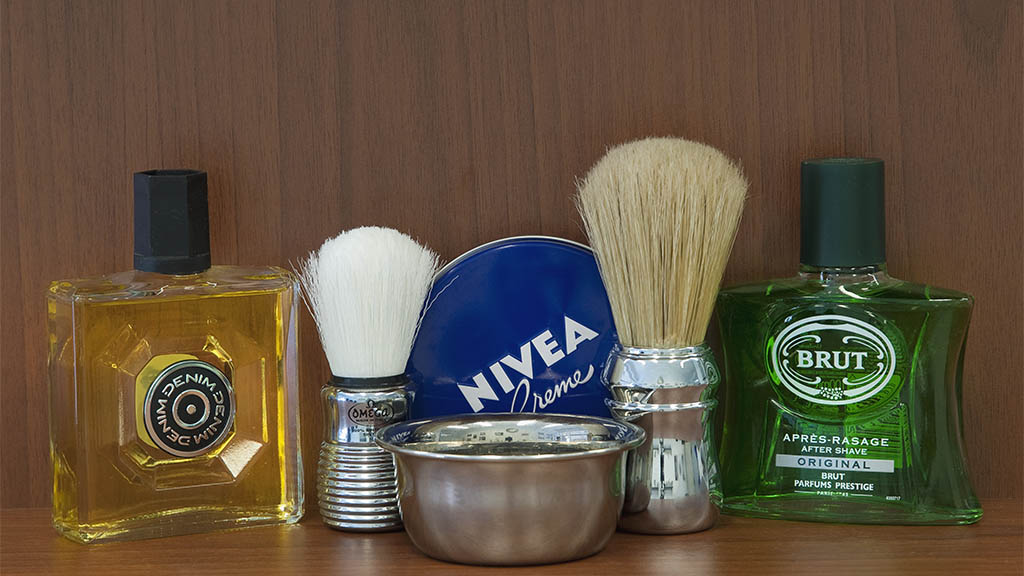 An important point for lotions is that most of them do contain alcohol. The concentration of alcohol in lotions is less than splashes but they do have alcohol and you will feel that stingy sensation with them.

When we talk about effectiveness, lotions are good for tightening pores and sealing cuts. Some of the non-alcoholic alternatives found in lotions are an alum and witch hazel.

Among other ingredients, glyceryl stearate is a lubricant and works to soften and smoothen the skin. In addition, Isopropyl myristate is found in many cosmetics and aftershaves and has many different functions. It has good conditioning properties and is also found in many hair products.

In addition, mineral oils in aftershave lotions have been linked with many skin benefits including moisturizing and softening.

Aftershave lotions are applied just like splashes. This is after washing your face, you splash your lotion. Because lotions do have a subtle fragrance to them, you can skip using your cologne.

Summary of After Shave Balm Vs Lotion

The differences between aftershave balm and lotion can be summarized in the following points.

Ingredients to Look For In Aftershave Balms and Lotions 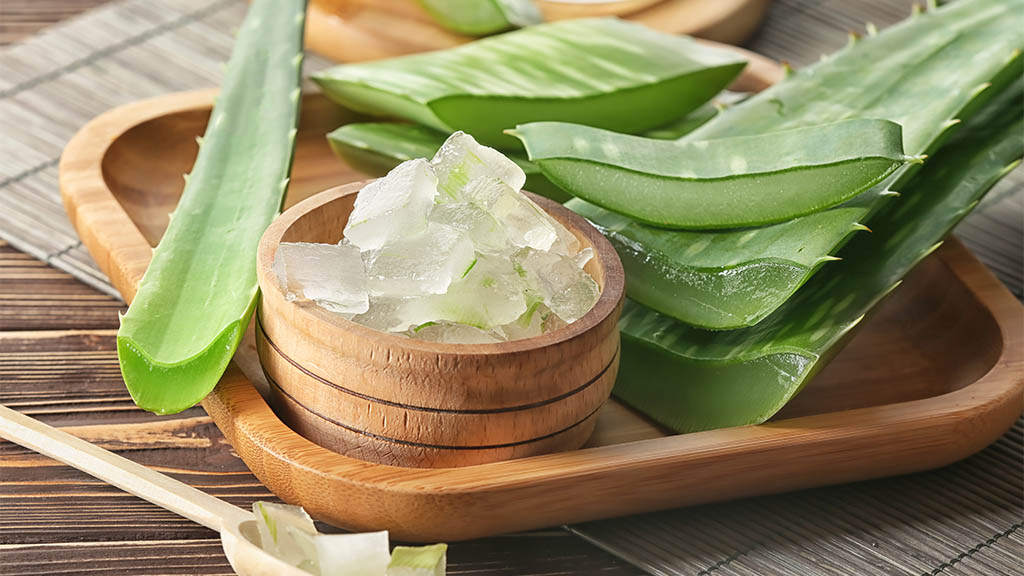 In order to make aftershave balms and lotions more valuable for your skin, here are some of the ingredients you need to look for.

Aloe Vera: Aloe Vera has been associated with multiple skin benefits. These include moisturization and anti-inflammatory properties. Aloe vera is also known to contain vitamins C and E, of which vitamin C makes your skin smoother and vitamin E reduces sun damage.

Witch Hazel: As said earlier, witch hazel is your natural anti-inflammatory. It eases inflammation, irritation, and injury. It is used as a natural astringent in a lot of aftershaves.

Rose Oil Distillate: Rose oil essentials are known to reduce signs of aging, clear acne, and hydrate dry skin. In aftershaves, it is used as rose hydrosol and is a great elixir for your skin in general. Most distillates are acidic and they also have anti-bacterial properties.

Jojoba Oil: The vitamins E and B-complex help in repairing damaged skin. Plus, it helps in healing and chapping and chafing. It naturally is very non-irritating, so it is a good ingredient for people with sensitive skin.

Shea Butter:  Shea butter is one of the best emollients we know. It is quite favorable at making the skin smooth and soft. It also provides some protection against the sun damage, up to SPF 6.

Calendula: Calendula oil has been known to have anti-inflammatory, anti-bacterial, and anti-fungal properties. So, it is a good disinfectant to have in your aftershave.

In addition, you can look for tea tree oil, chamomile, lavender, and various vitamins especially vitamin C and E in different forms.

Ingredients to Avoid in Aftershave Balms and Lotions

Below are some of the ingredients that are potentially harmful to your skin and you need to avoid in your aftershaves.

High Concentration of Alcohol: Disinfecting properties of alcohol are no secret. However, it is known to cause dryness of the skin. Ethanol, which is the alcohol found in cosmetics, has been linked with psoriasis, superficial infections, and discoid eczema. Look for aftershaves with an alcohol concentration of less than 5%.

Parabens: These are used as preservatives in cosmetics and known to cause skin irritation and contact dermatitis. Watch out for chemical names such as methylparaben, butylparaben, ethylparaben, and propylparaben. These are the most common parabens used in cosmetics.

Phthalates: These are fragrance ingredients in cosmetics and act as carriers that make the fragrance last longer. They have been known to cause altered development of genitals and deteriorating effects of sex hormones. Some of the common phthalates used in skincare products are Di-2-Ethylhexyl phthalate (DEHP), dibutyl phthalate (DBP), and dimethyl phthalate (DMP).

Lemon Oil: Lemon oil is used in skincare products for skin lightening. However, if you have sensitive skin, it can use skin irritation.

Here are some guidelines to select the aftershave for a particular skin type.

Dry Skin: This type of skin appears rough, dull, and cracked. It is more prone to peeling, wrinkling, and fine lines. A moisturizing aftershave will work well here. Look for ingredients such as shea butter and aloe vera.

Oily Skin: Oily skin appears shiny or oily and is more so in the T-zone area which consists of forehead, nose, and chin. Oily skin generally has large pores and is prone to acne, blackheads, and whiteheads. An aftershave splash with a toner acting as astringent is the best option as it tends to restrict pores and avoid oil accumulation.

Sensitive Skin: This type of skin is more prone to skin irritation by even mild irritants. It will itch, tingle, or sting. It may even break out in a rash when it is exposed to irritants such as parabens or phthalates. Look for products that are marketed as and made for sensitive skin. Nivea has some very good aftershave balms for sensitive skin.

Combination Skin: This skin type will have a central greasy or oily area around the T-zone and will be dry around the cheeks. For this type of skin, apply relevant products to the relevant areas meaning apply a splash in the T-zone area and a balm on the cheeks. However, there are products available for combination skin specifically.

Normal Skin: Normal skin appears smooth, evenly textured, and clear with barely visible pores and is without spots or blemishes. You can use probably any mild balm or lotion in this case.

How To Correctly Apply An Aftershave 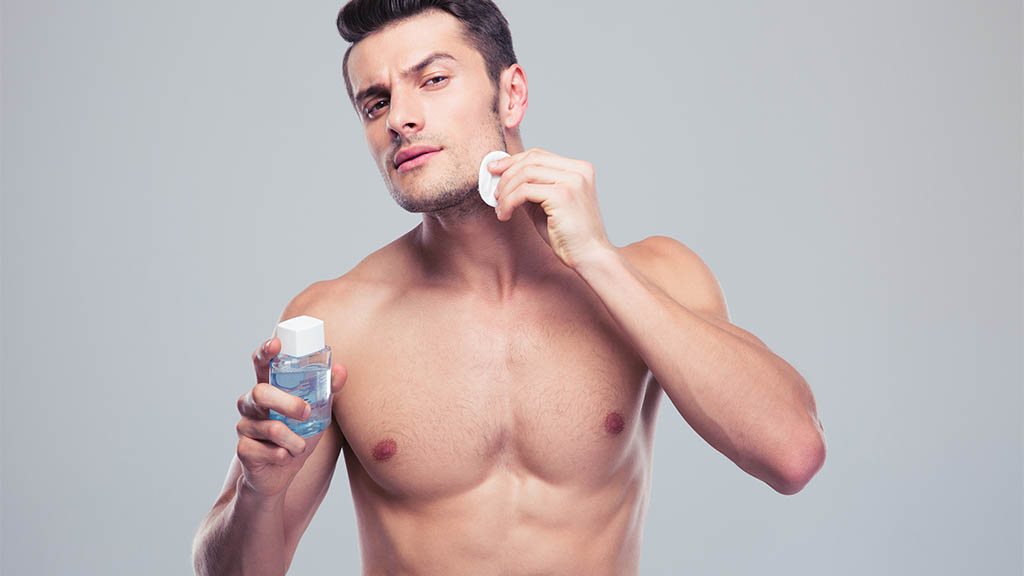 Applying an aftershave correctly will not only save you from overusing your product but will also give you better results. Here are steps to correctly apply an aftershave.

Remember that if you want to apply more than one product, apply the thinner or the liquidy one first and then apply the thicker product.

Aftershaves are necessary. They not only disinfect the skin but they also provide protection against skin irritation and razor burns. More than that, better aftershaves have nutritional and hydrating value and they are particularly good or your skin.

Aftershave balm vs lotion is a valid debate. Both of them have different characteristics and they affect the skin differently.

Aftershave balms are mostly thick-feeling and are rich in moisturizing ingredients. They are good for dry to rough skin. In addition, because they are non-alcohol-based, they are equally good for sensitive skin as they don’t irritate the skin. Their good moisturizing properties make them best for winter months.

Aftershave lotions, on the other hand, are thinner in consistency and are more close to the traditional aftershave splashes. They generally have a lesser concentration of alcohol than splashes and have less of a fragrance. They are refreshing and revitalizing. Because they absorb quickly, they are good for oily skin type and summer months.

That’s all we have on the aftershave balm Vs lotion, I hope it helps. You just need to determine your skin type and see which aftershave is best for you.