Over the years du-rags have been affiliated with a lot of different things. These range from being a secret code of some gang or having ties with the underworld. Recently, a school in the US banned du-rags for being culturally inappropriate. In 2001, the NFL banned all of its active players from wearing du-rags. The motivation behind that decision was to improve the image of the NFL.

But the question withstands, is this all true or is it just another stereotype we need to break? In this article, we’d be giving you a brief history of du-rags and the benefits of wearing a du-rag.

The history of du-rags dates back to the 19th century. Originally, it started as headgear for poor African-American laborers and slaves to label them. However, it was in the 1930s, during the era of the “Great Depression” and “Harlem Renaissance” that people came to know about its benefits and started wearing it as a hairstyle preserver.

Later during the “Black Power Movement” in the 1960s, it became more like a fashion statement for African-American people and was worn by the people belonging to almost every aspect of life including rappers and athletes. As time passed, du-rag lost its charm in some areas of the US but maintained it in others. Nowadays, du-rags are gaining popularity again because of celebrities like ASAP Ferg, Master P, 50 Cent, and GZA among many others.

Above was a history lesson, boring isn’t it? but I find it rather fascinating how a slave symbol became a fashion statement.

Benefits of Wearing A Durag:

To make things more interesting, let me tell you du-rag is not only a fashion statement, but a solution to different problems, and here is how it can be a perfect solution to some of the hair issues. 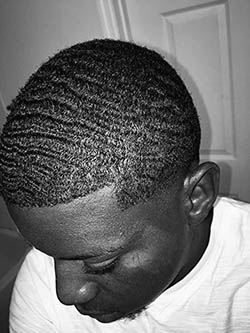 The first of many reasons to wear du-rag is to maintain 360 Waves. Basically, it is a process where your hair is trained to lay down in a wavy and curl pattern. However, hairs grow outwards which is a problem if you want to maintain 360 waves, and this where the du-rag comes into action.

Basically, Du-rag trains your hair to lay flat on the head instead of growing outwards and helps you in maintaining your favorite 360 waves.

In the night, when you are asleep your sheets can dry out the waves and can make the hair frizzy. Du-rag is the solution to this problem as it holds the moisture in and maintains the progress made by each brush session.

Overall, to get the proper waves, it is necessary to apply a du-rag after every brush session and make sure you wear it at night when you are in bed.

2. To Improve the Texture of Hair

Rough and dry hair are two major problems a modern-day person faces every day. This is mainly because of the pollution in the atmosphere which causes moisture in hair to evaporate.

This, in turn, renders the hair dry and consequently makes them rough. Du-rag is the perfect solution for this problem and here is how.

After applying oils, creams, and other products to moisturize hair, wearing a durag can ripple their effect as it would stop the moisture from evaporating and would make your hair smooth and healthy.

For women who have coarse hair and straightening those hair gives them a tough time, du-rag can be pretty beneficial.

Normally, women perm the hair to straighten them, but repeating this process again and again can cause damage to the hair. This is because the excessive application of heat can denature the keratin protein.

Du-rag can reduce the number of perms required to maintain the straightness in hair by keeping them tied neatly in place.

4. To Maintain the Braids 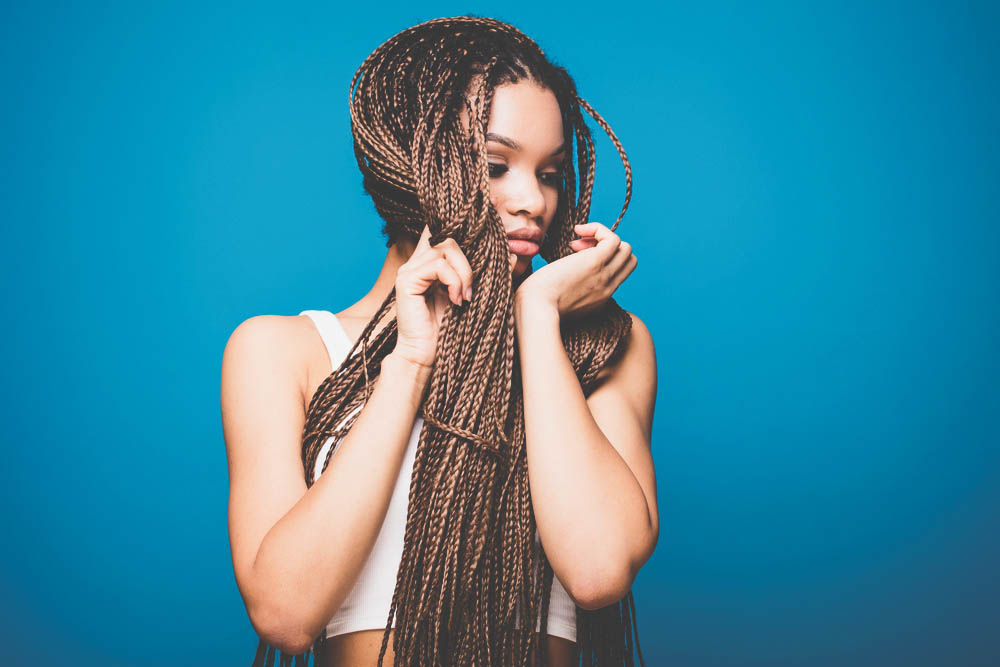 Stray hair is a problem for women who love their braids. But, they can avoid this problem by using du-rag. Wearing a du-rag can prevent the stray hair from coming loose by keeping all the hair in a braid together. This consequently helps in maintaining the braids you love.

Working in summer can cause your body to sweat a lot especially from the scalp. When the sweat from the scalp starts dripping in the eye, it can cause irritation which is a great deal of discomfort. A du-rag on the head stops the dripping of sweat and prevents any sort of irritation.

Long hairstyles are in these days. These kinds of hairstyles are very popular in the athletic community. These hairstyles surely make them look good but they come with a problem which athletes face while running or during exercise. The long hair keeps blowing in their faces which can affect the performance during the match.

Du-rag keeps them bound and also stops the sweat from dripping in the eyes.

7. Protects Hair from Sunlight During Sunbath

Hair can get dull when it is exposed to sunlight for a long period of time. This can be a problem if you like taking sunbaths. Du-rag can help with this problem by minimizing the exposure of hair to sunlight.

For this purpose, durag with light color must be used. This is because dark colors have a tendency to absorb heat and would cause a great deal of discomfort when exposed to direct sunlight for a long period of time.

Du-rag can help you in keeping your hairstyle intact by forcing the hair to lay down and by holding them perfectly in the place you want.

If you are planning to go to a party and there are chances your hairstyle might mess up when you are on your way because of wind or other factors. For this problem, just make the hairstyle you want and apply durag. Upon reaching the destination simply remove the durag. You would get the exact same style you made when you left for the party.

In a country like the US where you can get a ticket for not wearing a helmet, not wearing it is not really a choice. However, there are certain problems that come with it.

When you wear a helmet on a long bike trip, sweat and sebum secreted from the scalp can enter the foam of the helmet which produces an unwanted and unpleasant smell.

However, this problem can be avoided by wearing a durag which prevents the sebum and sweat from entering into the helmet and makes your trip comfortable. 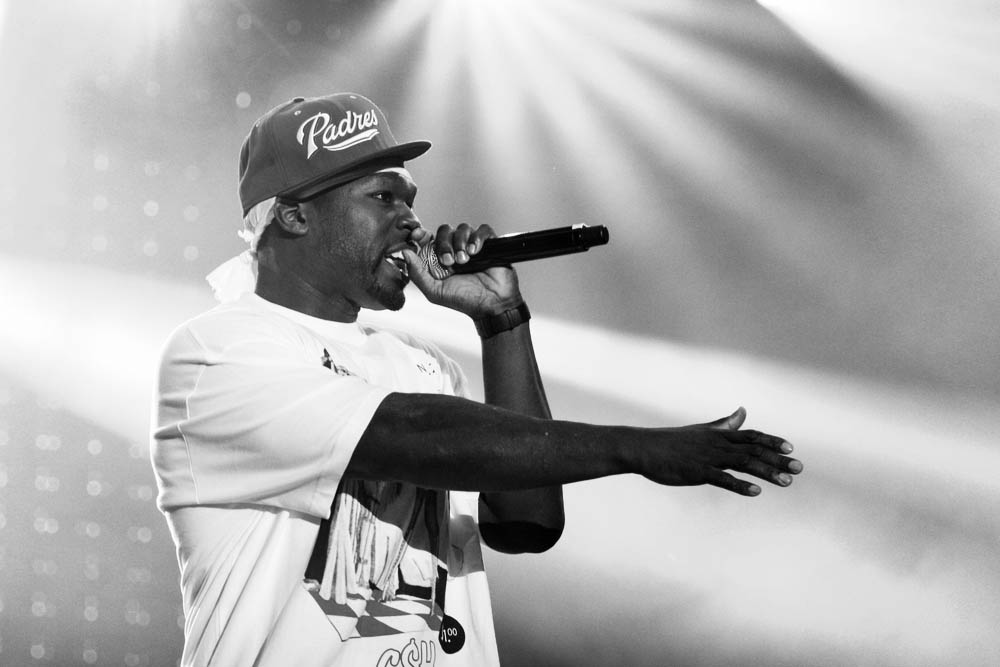 Durags have been used to get waves, avoid dripping of sweat, and for many other purposes for a long period of time. However, because of the variety of designs and stuffs people can choose the durag which suits them, the most so they can wear it out in public.

This has made the modern durag more like a fashion statement than functional headgear and why not it makes you look sexy and hot.

Which Du-Rag To Buy – A Brief Guide:

There are a number of different du-rags in the market right now. So, it becomes important to select the one which would suit your style and hair type.

Whenever going for a du-rag, the key is to select durag material that does not remove the moisture from your hair. Currently, there are three types of material used in the manufacturing of durags; cotton, polyester, and satin.

To determine which type of durag is suitable for your a simple porosity test at home can very useful. This test basically determines whether the ability of your hair to absorb moisture is low or high.

If you have low porosity you can go for any of the three materials used in the manufacturing of drag. A polyester durag like this one is a better choice for low porosity hairs because it is of better quality than cotton. However, high priced satin does not provide any added advantage over a polyester one.

However, if you have high-porosity hairs, we recommend you go for a good quality satin durag like this one to get better results. Satin is a blend of nylon, polyester, and silk.

In addition to material, du-rags come in all sorts of different colors including white, black, and pink.

How to Wear a Du-rag correctly 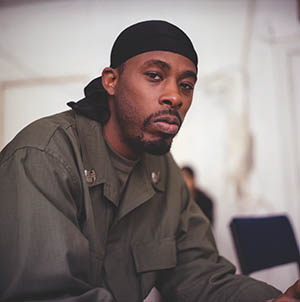 So, we had a whole lot of discussion around du-rags and how they can be of benefit to you. How actually to tie a du-rag remains a question. There are several ways to wear a du-rag as there are different purposes and different designs, so here are a few techniques you can use to wear it correctly

There are several designs available with different textures, but I would suggest you wear those which are more stretchable as they are breathable even when they are tied tightly around the head.

To wrap the ties behind the head do the following step

In this final step fold the flap as you desire.

Tying Du-Rag Before Going to Bed

This method is used to get the proper 360 curves and the steps you need to follow are:

By now, I hope you have learned to wear a durag. It has a lot of benefits and the people who wear it are not criminals and not all of them are connected with gangs. I think the authorities should take notes and remove all kinds of bans from durag. After all, it is the choice of the individual what he or she wants to wear.

This was all from my side, but if you have anything to add or comment you are welcome to do that in the comment section.