Going commando is not a choice for most men because of the higher risks of abrasions and unexpected arousals. Wearing underwear not just protects sensitive genitals but also maintains the most look even in a sexually charged atmosphere. But the question is, which type of underwear is most appropriate?

Although it is a matter of personal choice, one should at least be informed about what to expect from different underwear types. And in this Boxers vs briefs piece, we want to address exactly that. So, let’s get straight to it. 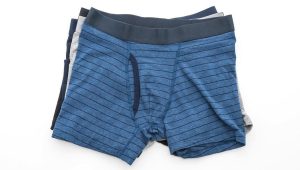 Boxers are the loosest kind of underwear which resemble shorts. By virtue of being loose, these underwear are more breathable. You also get more coverage of legs with the boxers, which makes the lower body look bigger. Typically, grown men who prefer comfort and want to conceal disproportionately in the lower back prefer boxers. 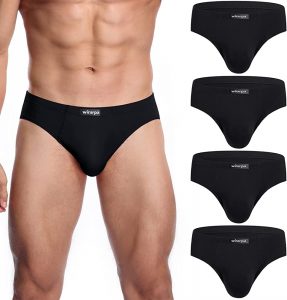 Briefs are the polar opposite of Boxers; they provide a tight-fitting and put the physique on show. Such underwears have the shortest length, which only covers the genitals and protects them from abrasion from the outerwear. Briefs have the highest sex appeal when worn by someone with the right body.

What Are Boxer Briefs? Boxers’ briefs fall somewhere in the middle of boxers and briefs. Shapes of boxer briefs also resemble shorts but offer a tighter fit than boxers. It is a type that most men would prefer because almost anyone could pull them off.

Boxer briefs make the legs look muscular and trim, in addition to concealing the extra fat of the thighs. Skinnier guys can also wear boxer briefs because, unlike briefs, they do not cramp up the genitals and highlight the pain points.

Boxer, Boxer Brief, And Brief – What Are The Differences? 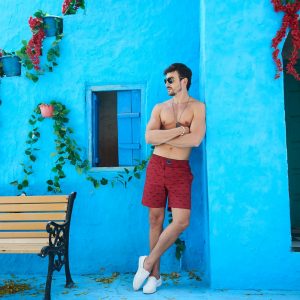 While gauging the comfort of underwear, the support it offers to the genitals and the overall fit must be considered. Briefs provide the most support to the genitals because of their tight fitting. But tight-fitting can quickly become a problem in a humid atmosphere.

Boxers, on the other hand, are the least tight but also do not provide much support to the sex organs. You would not feel suffocated down there, but it would come at an expense – the genitals will keep dangling as you move. Boxer briefs provide a balance between the two and offer necessary support without compromising breathability.

The fundamental purpose of underwear is to support the genitals. You can have them floating around every time you move. Plus, it is also required to cover up accidental arousal. Because of a baggy fitting, boxers are not very efficient at this role.

On the other hand, briefs might seem a better option, but it is not always the case. The wrong fabric can expose the inner thighs and open you to embarrassment. Furthermore, briefs also risk chafing because they are worn too close to the skin.

Boxer briefs strike a balance between the two and support the genitals perfectly without risking a clothing malfunction or abrasion on the skin’s sensitive part.

Mind you; they can also throw the girls off if their physique is inappropriate. Boxers are the least attractive kind of underwear because of their baggy fit. But it is the only choice for men with bulkier builds because even boxer briefs would make their bodies look all over the place.

Boxer briefs work for most men because one does not have to be in the shape of a greek-god to pull them off. Furthermore, they also add extra appeal to the legs.

Considerations When Choosing Between Boxers vs Briefs vs Boxer Briefs

Boxers are generally more comfortable but can cause great inconvenience in certain activities like exercise. Because of their long length, pulling a set of sit-ups or squats with them would be difficult. In contrast, briefs stay close to the groin and do not limit activities.

You can flex your legs however you want with such underwear. Boxer briefs are quite similar to briefs when it comes to activities like gymming. And the added benefit to boxers is they do not slide away from where they are meant to.

Guys that are in great shape would love how brief highlights the below-belt region. It can be an excellent choice for men who want to flex their bodies and improve sex appeal. Boxers are ideal for bulkier men because they conceal the extra fat in the thighs. And boxer briefs work for men with an average build.

Humid weather can cause great inconvenience if you are wearing briefs. Because of their closeness to the skin, they restrict airflow; nothing is worse than that in hot humid conditions. But when the atmosphere is cold, the briefs can keep the area warm by preventing its exposure to the outside world.

Boxers work the best in humid conditions because they are breathable but are not the ideal choice in winter. On the other hand, Boxer briefs can be worn in all weather.

While picking underwear, there are several factors that must be kept in account. Guys wearing undergarments to highlight their physique would certainly have different preferences than men who want to conceal certain body parts. But considering everything, boxer briefs would make a better choice for most men because of the balance they strike.

Yes, girls can wear boxers. In fact, it is recommended for girls who perform activities that risk wardrobe malfunctions. Because of the higher coverage, boxers would prevent embarrassment during cycling or gymming.

What Size Boxer Briefs Should I Wear?

Men’s sizes of boxer briefs would vary because of varying waist sizes. The correct size is the one that does not cramp the genitals and is felt only around the waist and thighs.

How Should Boxer Briefs Fit?

Boxer briefs should be fit enough to support the genitals but not too tight to cramp them. A perfect boxer briefs would cover almost a third of your thighs.

What Is The Difference Between Trunks And Boxer Briefs?

Trunks and boxer briefs have a similar shape, but the former has a shorter fit and does not offer much coverage to the thighs.

Should I Wear Boxers or Briefs?

Briefs are ideal for men with a perfect physique as they highlight the thigh and groin region. Boxers, on the other hand, are excellent choices for men who want to conceal the extra fat on their thighs.

Why Do Guys Wear Briefs?

Guys wear briefs to support the genitals and highlight their physique. Because they are close to the skin, the briefs also provide warmth in cold weather.