Home » Grooming » Lifestyle » Cologne vs Perfume: Does This Battle Have More than Just Gender Grounds?

I can’t express enough how much knowing what you are buying can save you money, time, and trouble.

You are not alone when you come across terms like Eau de parfum, Eau de cologne, Eau de toilette, etc., and wonder what on earth they mean.

When it comes to scents and fragrances, don’t tell me you are not overwhelmed by the huge disparity in price, strength of a fragrance, and different notes of the scent.

Calling cologne vs perfume just a battle of gender is an understatement and I believe it does not even begin to cover the subject satisfactorily. There is a lot more to it and there are a few other worthy contenders in this multifaceted rivalry and include:

You are in for a class, however, if you are in a hurry, in short, these different fragrance classes contain different concentrations of essential oils. Yes, it is that simple.

Starting from Eau Fraiche which contains the lowest concentration, 1 to 3 percent, and perfume has the highest concentration of essential oils which can be as high as 40%.

However, if you want to know the nitty-gritty of it, we will have to dig deeper and start with the basic components of perfume.

When we talk about the composition of a perfume, it essentially consists of a base and an aromatic compound.

The perfume base usually is made up of water and/or alcohol. The most commonly used alcohol is ethyl alcohol (C2H6O). Ethyl alcohol evaporates quickly and makes the scent smell stronger.

Therefore, you will find it in perfumes that have a low concentration of essential oils. Generally, Eau de colognes or simply colognes and men aftershaves have alcohol as the base as it also has antiseptic properties.

Water and alcohol are essentially used in different percentages in different perfume classes. For example, colognes can contain 3-5% oil, 80-90% alcohol, and can have water making up to about 10%.

Apart from water and alcohol, some of the other perfume bases are benzyl benzoate, coumarin, Phthalates, etc. Coumarin was one of the earliest bases used in modern perfumery. 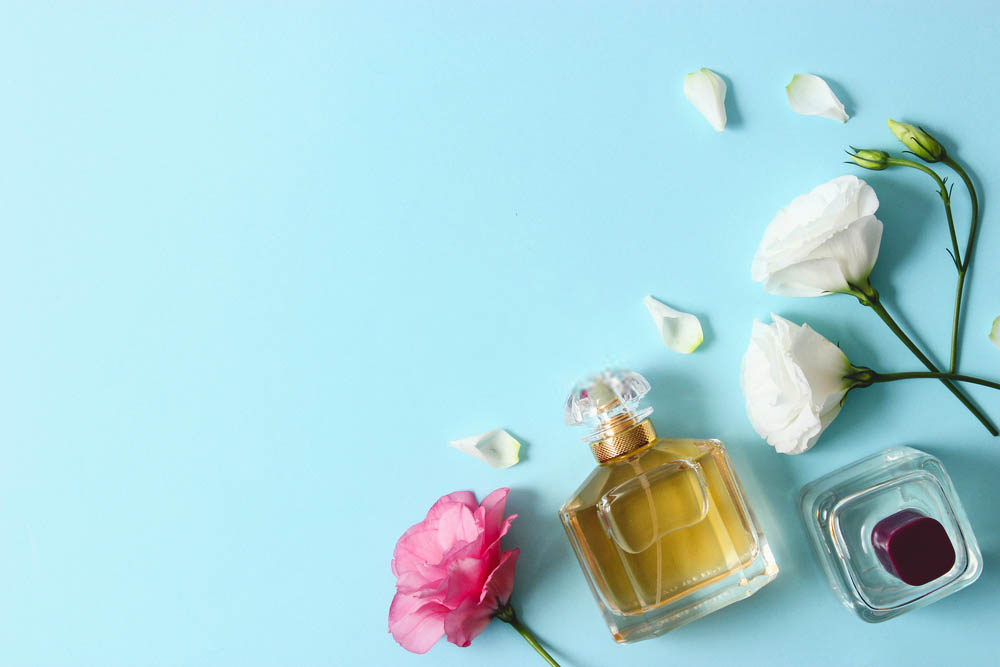 The second component of any perfume is perfume oil. This can essentially be either synthetic or obtained from a specific source.

Some of the naturally-derived perfume oils are essential oils such as cedarwood and sandalwood or absolutes such as jasmine or rose. However, some of the fragrances used in masculine scents are obtained from animal extracts such as musk.

These oils usually have three parts and are known as fragrance notes.

Different Notes of a Fragrance:

Depending on the time elapsed between spraying a fragrance and ascendence of a certain smell, in a musical metaphor, there are three fragrance notes.

Top Notes:Middle Notes:Base Notes:
Top notes are what you smell immediately. Among complex formulas of perfumes, top notes have the most lightweight molecules and evaporate quickly.

Some of the commonly used top notes are orange, lime, peppermint, and verbena. Moreover, top notes are also known as headnotes and as they make the first impression they are important in the selling of a perfume.

Just before the departure of middle notes, base notes emerge as the final scent. They are usually the longest-lasting notes.

They are generally strong and rich and start to show up around 30 minutes after application.

Some of the examples of base notes include tobacco, oakmoss, vanilla, and musk.

Table: An Overview of Different Fragrance Classes in Cologne Vs Perfume

Eau Fraiche with the literal meaning of “freshwater” has the lowest concentration of essential oils. This concentration, in essence, ranges from 1 to 3%.

As the name would apply, its major component is water. This makes them the cheapest fragrances available.

It usually has a life of about an hour and is commonly used as mists and aftershaves.

Eau de Cologne – Why It is a “Men’s Perfume” 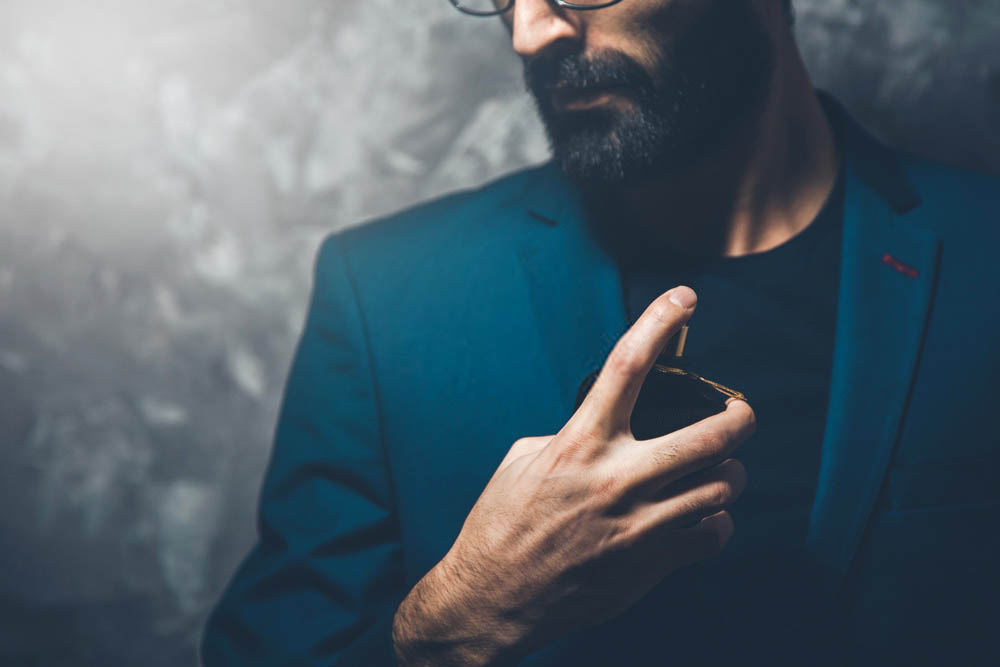 This class of fragrances gets its name from the German city of Cologne where it made its first show in 1709. It was made by a perfumer, Johann Maria Farina.

Nowadays, the general concept is that cologne is a men’s perfume. Although we can’t trace the beginnings of this concept, companies now cash on the fact, and colognes now normally mean a masculine line of fragrances.

These are usually light and fresh masculine scents. Moreover, depending on the type of essential oils, it can contain diluted ethanol of 70–90% with water making up the rest.

A cologne essentially lasts for around 2-3 hours. During the first hour, it is the middle notes that prevail. After that, base notes take over and are the body of the fragrance and it is also the dry-down period. Traditionally, colognes are not meant to last long and you may need a second application if you intend to go out after hours.

Some of the popular cologne brands include Creed, Burberry, Tom Ford, Huge Boss, and Royal Oud. 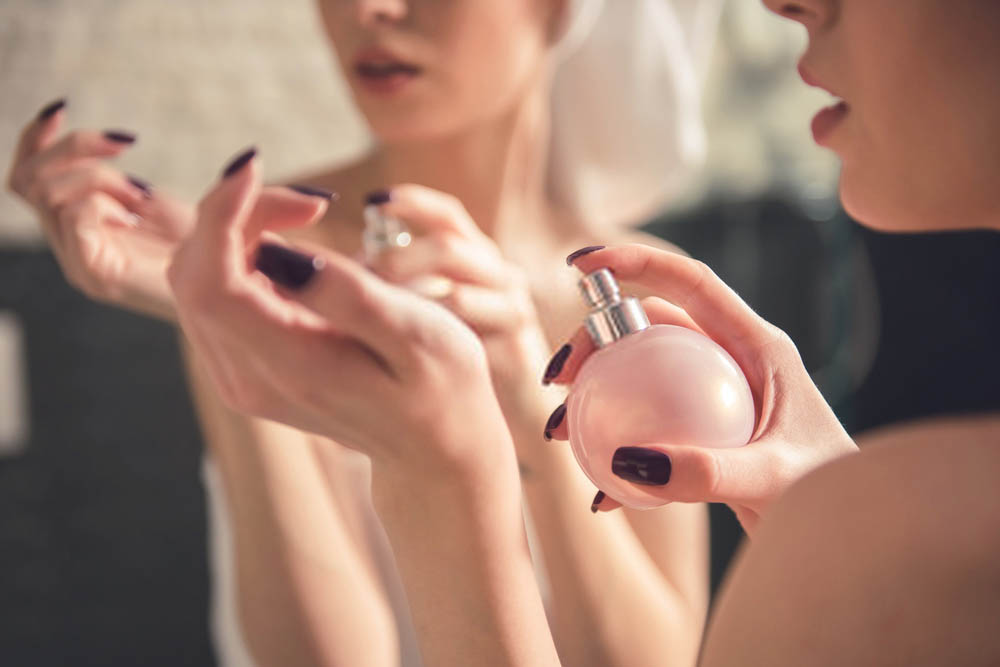 In modern perfumery, Eau de Toilette denotes a fragrance applied on the skin after bathing or shaving. They essentially have a 5-15% concentration of essential oils and 80–90% alcohol.

I would say they usually provide a balance for people who find Eau de Parfum a bit too strong and Eau de Colognes a bit too weak for their liking.

Basically, the life of an Eau De Toilette is around 4-5 hours. As it is usually applied on the skin, its final scent is affected by a variety of different factors including your skin type, diet, sweat, and climate.

Eau de Parfum – What Makes It So Popular 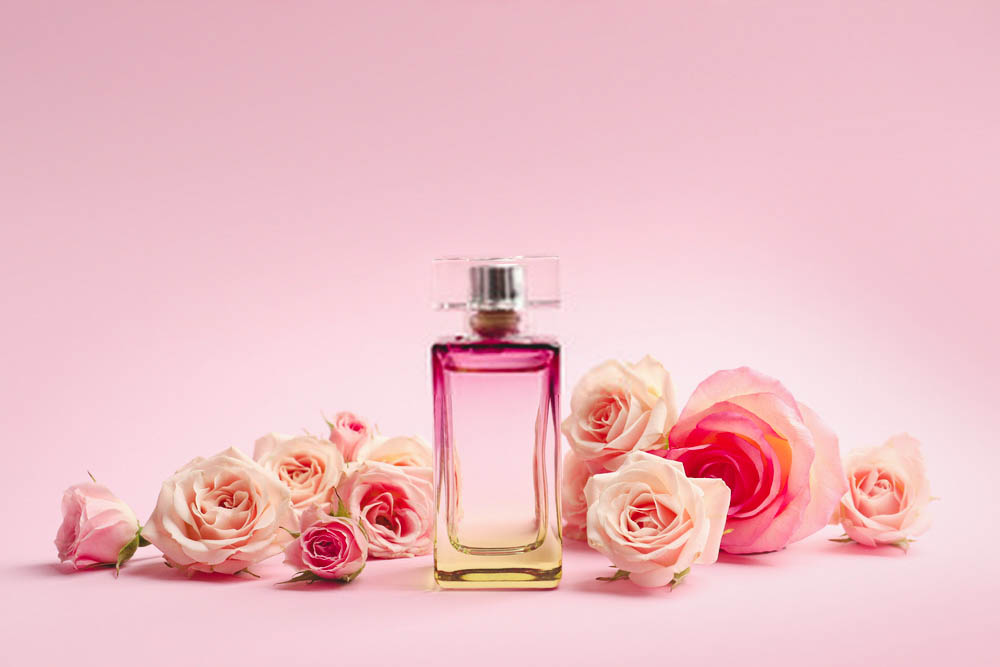 Eau de Parfum is the fragrance commonly inappropriately considered as perfume. However, Eau de Parfum has a lower concentration of fragrance oils than perfume.

Nevertheless, they are inexpensive than perfumes and you are more likely to find an Eau de Parfum from an established brand than a perfume.

They, in essence, have 15-20% fragrance concentration and last for around 5-6 hours.

Therefore, because of the higher concentration, they have strong top notes which can give the impression of being too strong. However, middle and base notes settle down nicely and have a balanced smell. Nonetheless, the final scent is affected by different factors including body chemistry.

They basically have the least lower concentration of alcohol after perfume and this makes them a good choice for people with sensitive skin. This is because they have a lesser drying effect which alcohol carries.

Perfume or Extrait de parfum is essentially the class of fragrance with the highest concentration of perfumed content. It can contain as high as 40% essential oils, however, the most readily available perfumes contain between 20-30%.

They are essentially the longest-lasting scents ranging from six hours to as long as 24 hours. However, mostly, you are going to get around six to eight hours of scent. As they last the longest and contain a higher concentration of scent, they are the most expensive.

FAQs About Colognes vs Perfume

Q. Do guys wear perfume or cologne?
A. There is no hard and fast rule regarding this, but colognes are usually considered a men’s fragrance and perfume a women’s.
Q. How to apply cologne without spray?
1. Remove the top and place your finger on the opening.

3. Dab it on the any of the pulse points.

Q. Is eau de toilette for man or woman?
A. Eau de toilette can be worn by both men and women.
Q. How to apply cologne for maximum effect?
1. Try to apply on clean skin without any sweat or any other product on.

3. Apply on any of the pulse points like at your wrists, near your ear, at the elbow, etc.

Q. How long does expensive cologne last?
A. A good cologne lasts for 2-4 hours. However, a bottle of cologne expires in one to five years.

Fragrances are basically genderless. However, over the years colognes have been termed as men’s scent. On the other hand, perfumes are associated with women.

When we talk about colognes vs perfume, gender label is not the only thing that sets them apart.

Colognes have a lower concentration of essential oils or perfumed content than perfumes.

Because of this, colognes usually last no more than 2-4 hours and are usually light and fresh masculine scents.

Perfumes, on the other hand, with their higher concentration of perfumed oils last longer, usually upwards of six hours.

In the end, fragrances are not gender-specific and you can use whatever fragrance if it fits your budget and liking.