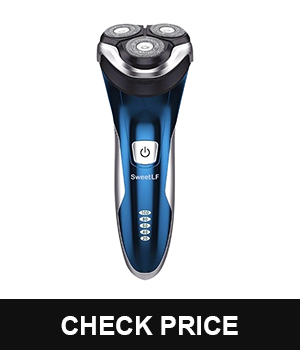 Nowadays the electric shaver market is so brutally overcrowded that it requires countless hours of browsing the Internet to find the perfect one. But what if I told you I’ve found the one that really hits the sweet spot? It won’t break the bank and it will still work flawlessly.

Enter the SweetLF 3D rechargeable IPX7. Behind the relatively uninspiring name is a product that definitely deserves your attention. After lengthy research, I’ve stumbled upon this little guy, and I’m now delighted.

What’s It All About?

Even though you might be after a product from a more well-known manufacturer such as Philips or Remington, don’t forget that the most expensive products aren’t always the best.

SweetLF is a relatively new player in this category, but with the 3D IPX7 shaver they have a very strong contender that is packed with some really exciting features.

Once you open the nicely designed packaging, you’ll be greeted by a shaver, a protective cap, a USB cable for charging, a cleaning brush, a portable bag, and a user manual. Instantly, you’ll be pleasantly surprised by how well the charger looks. Let’s dive deeper into the details.

The design is quite modern and on par with its much pricier competitors. On the front side, you’ll notice only a big power button and the shaver head that consists of three rotating elements. Just below the power button is an LED power display in five steps. This is highly convenient, as you’re always aware of how much juice you’ve got left in the battery. The backside is nothing to write home about, and it’s also where the pop-up shaver resides.

If you hold the power button for three seconds, the shaver will enter the lock mode, which is excellent if you travel a lot and don’t want your shaver to accidentally turn on while it’s in the luggage. This is a feature that’s lacking in even much pricier shavers, so kudos to the SweetLF rechargeable IPX7.

The only complaint that I have about the design is that even though it looks really shiny and sleek, the grip could be better, especially when wet.

While we’re on the subject of shaving, let’s see how the 3D actually performs. 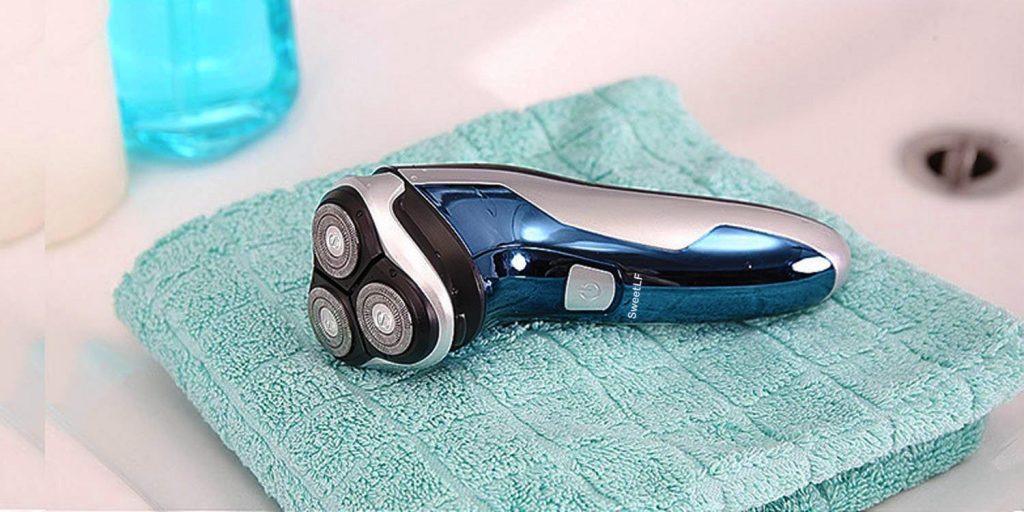 I’ll start with the most important in this SweetLF 3D review – the shaving experience. As it is equipped with a 3D floating head, it really does provide you with a close shave. The head follows every curve of your face and neck, to give you as close a shave as possible.

Keep in mind that no electric shaver can give you the ultimate clean shave, no matter how advanced it is.

This one features rotating stainless steel blades of the self-sharpening type. I’ll touch more on this in the “Maintenance” section.

The shaving head also features double-track close-to-face technology, which means that it can save you some energy and time during shaving. In practice, this means that you won’t have to make multiple passes to get a nice clean shave.

The shaving system is designed such that it doesn’t pull at hairs and the blades are engineered to prevent skin irritations. It all adds up to a really comfortable and gentle shaving experience.

You can use the IPX7 for both dry and wet shaving, but I strongly suggest using it with a shaving gel either way.

However, the pop-up trimmer that is meant for sideburns isn’t really up to par, especially when compared to the performance of the shaving head.

I’m not saying that the pop-up trimmer is completely useless, but it’s probably better to get a separate trimmer for such endeavors. 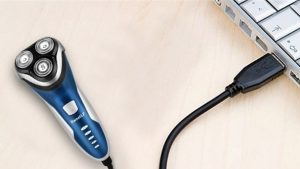 Now we’ve reached some of the quirks of the SweetLF. It comes with a USB cable, but it doesn’t feature a charger plug or an adapter. This means you’ll have to use your smartphone charger (or your laptop or any other USB charger). I know that they’re trying to cut down on the costs, but this seems like an unproductive idea.

Other than that, when fully charged the built-in lithium-ion battery provides you enough juice for about two hours of use. Once it’s drained, it only takes about an hour to charge the battery in full. There’s an option for a 5-minute quick charge, in case you run out of battery and need a quick shave.

It is a universal voltage, so it can be used anywhere in the world. 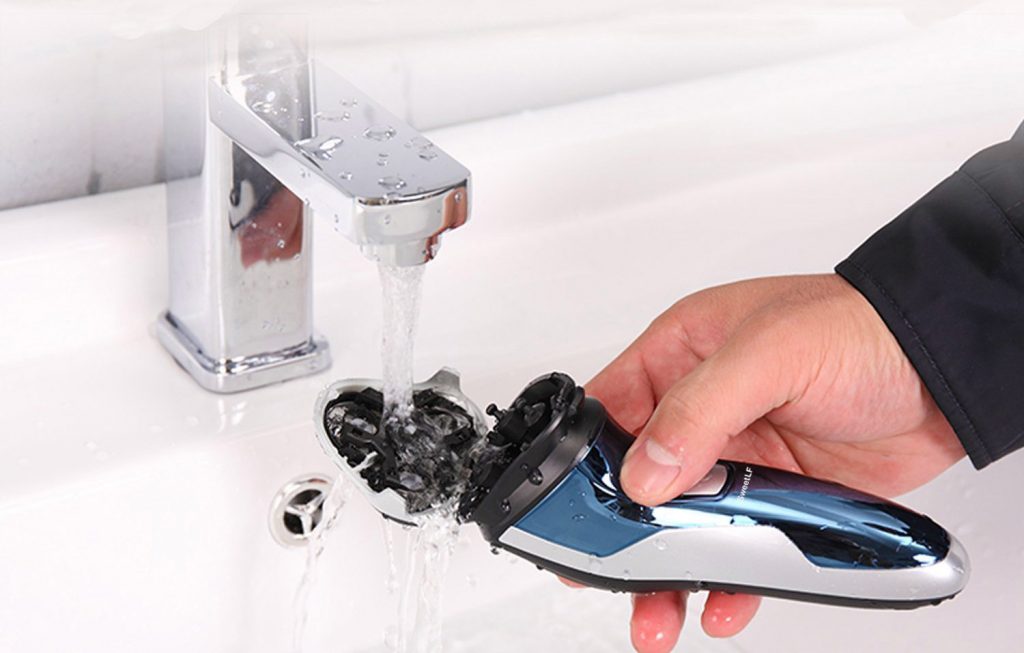 Cleaning and maintaining this little gadget is fairly easy. The blades are self-sharpening, so you don’t really have to worry about oiling them.

As it’s a fully waterproof shaver, you just need to rinse it under running water once you’re done shaving and leave it out to air dry for a few hours. It does come with a cleaning brush, in case some debris gets caught in the shaving head. But you probably won’t have to use the cleaning brush unless you have a really coarse beard.

The SweetLF comes with a limited 15-month warranty. This isn’t much when compared to some of its rivals, but it’s still better than nothing.

Let’s recap the good and bad about this shaver.

All things considered, the SweetLF 3D is a great little electric shaver. It is much cheaper than most of its competitors, but it’s not lacking in features and performance.

Sure, I didn’t like the fact that you need to use your phone charger to charge it, and the pop-up trimmer is basically useless for those with the coarse beard, but my overall verdict is that the IPX7 is a quality shaver that most men will find satisfying.