Wahl came into operation in 1919 and to mark its 100th anniversary in 2019, it released a limited edition clipper, the Wahl Clipper #81919. I got mine a couple of months back and here we are to review it.

The first thing you need to know about this clipper is its price. It comes at more than $300 which is above most, if not all, of the clippers out there. The question is whether the high price is for this being a collector’s item or does it deserve the price tag for its performance.

We have used this clipper extensively and what follows is the actual account of its performance and character.

In short, if I had to comment based on my experience with the Wahl 100 Year Anniversary clipper, barring the price, it is the best Wahl clipper ever made. It is a big claim but it has the specifications and on-ground performance to match it. This is the reason we placed it at no. 1 position in our best Wahl clippers list.

Let’s get further into it and see what this limited-edition clipper has for you. 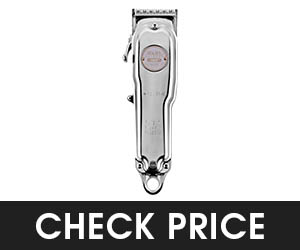 Some of the people that have used this clipper say it is just a rebranded Wahl Cordless Senior. That statement does have some merit but it is not entirely true. In the end, both of these are clippers and there are bound to be some similarities, Wahl can’t try to reinvent the clipper with every new model or can it?

Cutting that debate short, Wahl 1919 is a different clipper on many grounds and Cordless Senior should feel honored to be compared with this legend.

First Impression and Aesthetics - Get Awed By Wahl’s Craftsmanship 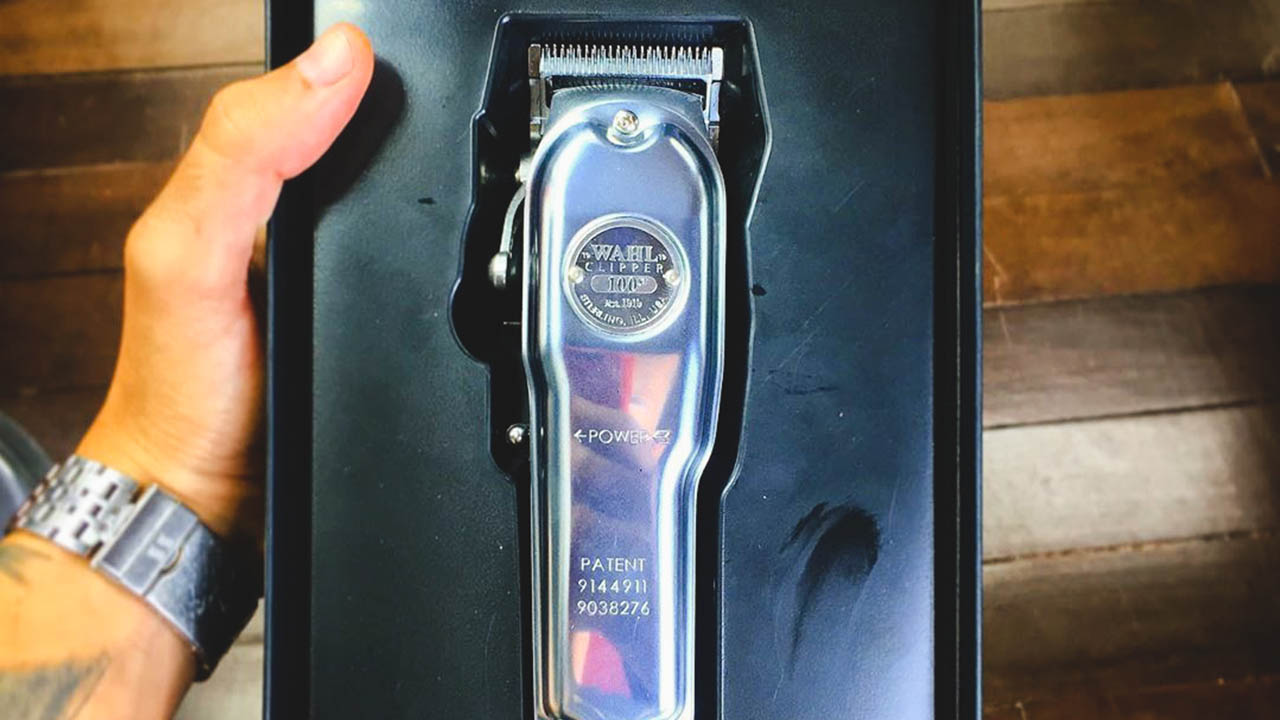 This limited-edition clipper comes in a beautiful box. The box is strong and you can keep it for future use, plus it has everything nicely placed. Its accessories basically include your clipper, charging adaptor, cleaning brush, lubricating oil, a blade cover, and a cleaning cloth along with the user’s manual and an envelope entailing the Wahl background and idea behind this limited-edition clipper.

However, one big disappointing right off the bat is that there are no guide combs. Yes, this $300-clipper has no guide combs. I tried to think about the logic behind this, but frankly, I can’t think of one.

First, out of the box, you will love its retro look with all-metal casing with chrome finish. Moreover, it is lightweight at 0.51 pounds or 8 ounces, which is even more commendable considering the all-metal casing. At this weight, it is lighter than most plastic clippers.

The all-metal casing makes it impact-resistant and you can say it is built for a lifetime.

The metal surface is not shiny as it would seem on some pictures on the internet, rather it has a matte finish.

However, early on, it is somewhat slippery and easily catches fingermarks, but you can easily remove them by using the cleaning cloth that comes with it or any other cloth.

Ergonomically, I like that it has a large thumb rest on the front which provides a better grip. Moreover, I personally like that it does not have thumb grooves like Magic Clip and Cordless Senior and thus both right-handed and left-handed users can handle it easily.

All in all, there is so much to like about Wahl 1919, from its retro look to the good ergonomics, it is on point in many areas.

Blade and Motor - Powerful and Practical 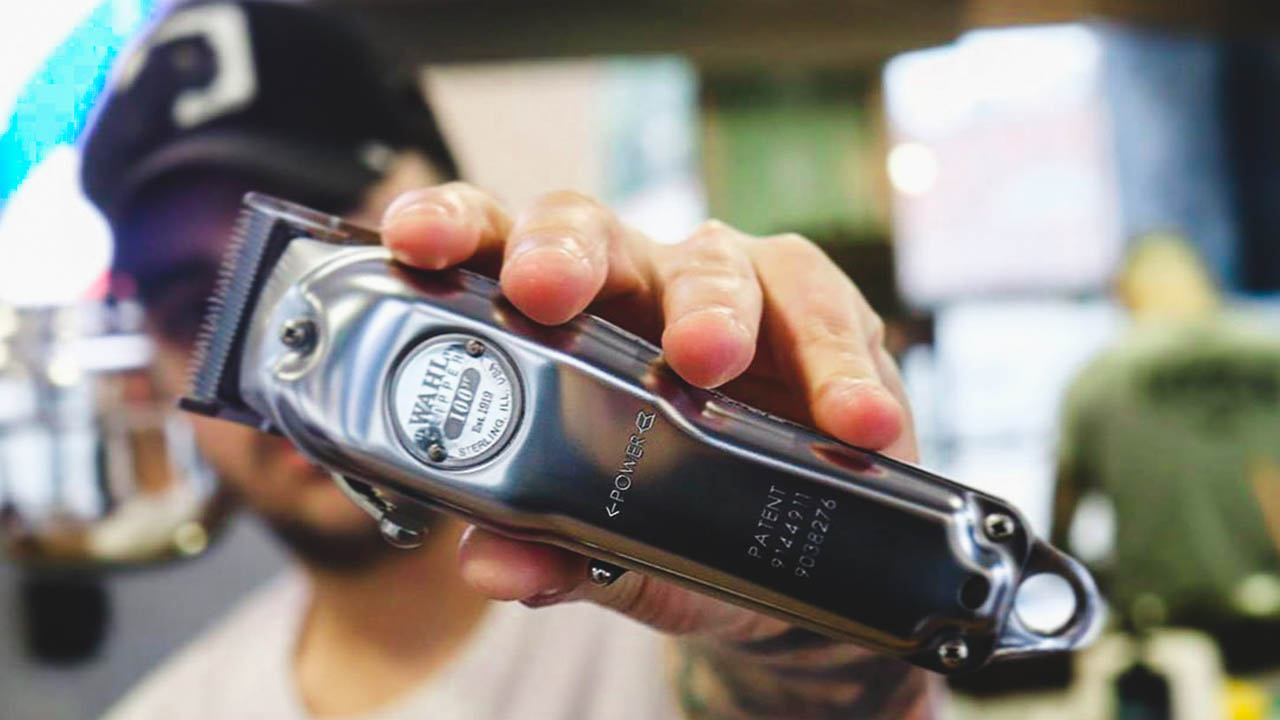 Wahl 100 Year Anniversary Clipper incorporates Wahl’s blade no. 1006. It is basically a beveled blade or what we call a tapered blade. These blades also have a textured finish. Moreover, tapered blades help in effortlessly scooping through the hair. Because they have a curved shape, you essentially don’t need to perform the “C” scoop motion yourself when you are tapering, the blade does itself. With these blades, you get soft fades.

This blade cuts to 1-3 mm and because it has extended cutting areas you get through your job faster.

The blade material is rust-resistant stainless steel, so you can expect years of service without these blades getting dull. A thing worth mentioning is that it is a two-hole blade and this translates into a more secure attachment to the body, so your blade is never wobbly.

One thing which people may find off-putting is that this clipper is not zero-gapped. I don’t want to get into the debate of whether you should zero-gap your clipper or not, it is a personal preference. However, if you want to zero gap your 100 Anniversary clipper, there are quite a few Youtube videos that can help you with this.

When we talk about the motor, this clipper has a V9000 rotary motor which produces 6400 to 6900 revolutions per minute. This is one of the fastest motors you are going to find in clippers. In Wahl’s lineup, we see the same motor power in Cordless Senior.

Wahl says this motor has a higher stall torque which translates into the clipper staying relatively cool after long usage. It would not say it stays absolutely cool, it does get hot and that probably has a little to do with its metal body also, but it is not overly hot and you can still continue to work through it.

Considering its blade and motor, this clipper is a beast at tapering and bulk removal.

All in all, the Wahl 100 Year Anniversary clipper has a powerful motor and a strong blade. This combination makes it a great professional clipper with a matchless performance and you get complete customer satisfaction.

Corded and Cordless Usage - Convenience Has A New Name 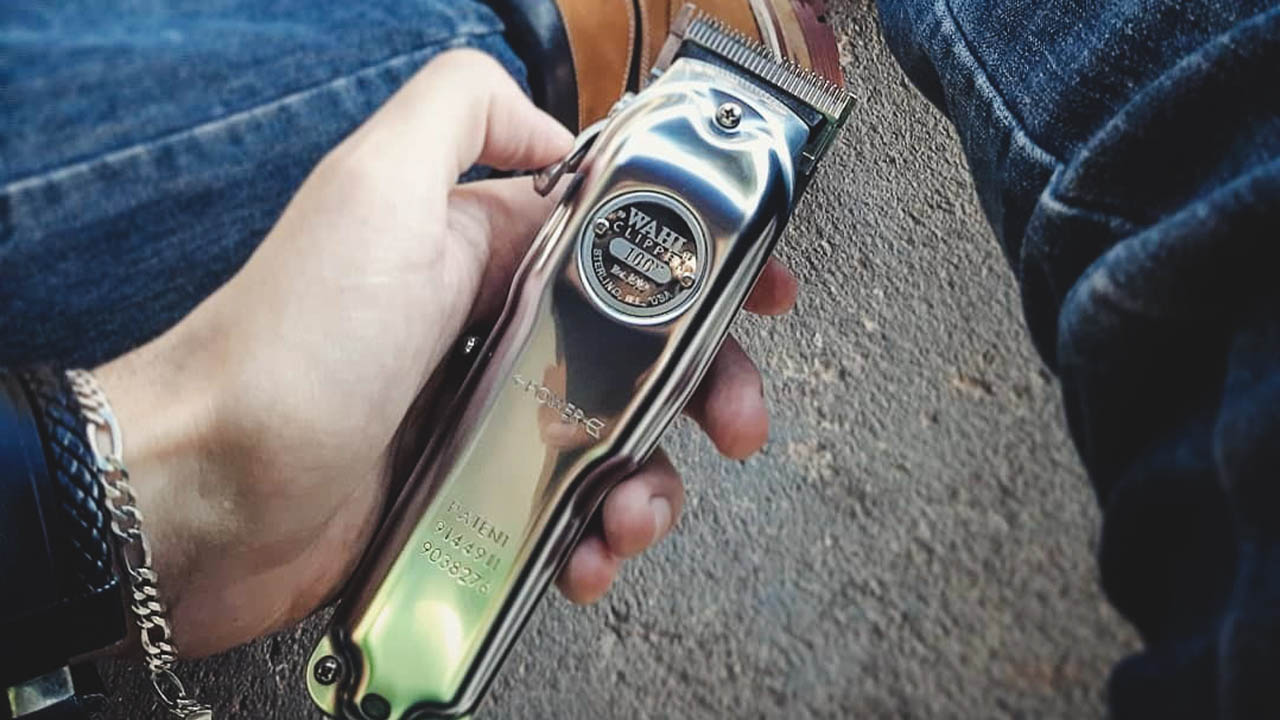 Most of the clippers these days are either corded or cordless, but not Wahl 1919. This clipper gives you the convenience of cordless and also the relentless power of corded usage.

For cordless usage, this limited edition clipper has a lithium-ion battery which takes about 70 minutes to charge and gives 70 minutes of runtime. This runtime is also one of the best you are going to find in clippers.

I would have loved an LED display to show battery percentage, but that would not have probably gone well with the vintage looks of this clipper.

Price - Justified To Some Extent

As said earlier, this clipper comes at a high price. However, considering the performance and other miscellaneous features, this clipper can easily shed at least $50 off its price.

However, considering that it is a limited-edition model and if you love your clippers, it does hold some sentimental value and the price is justified. 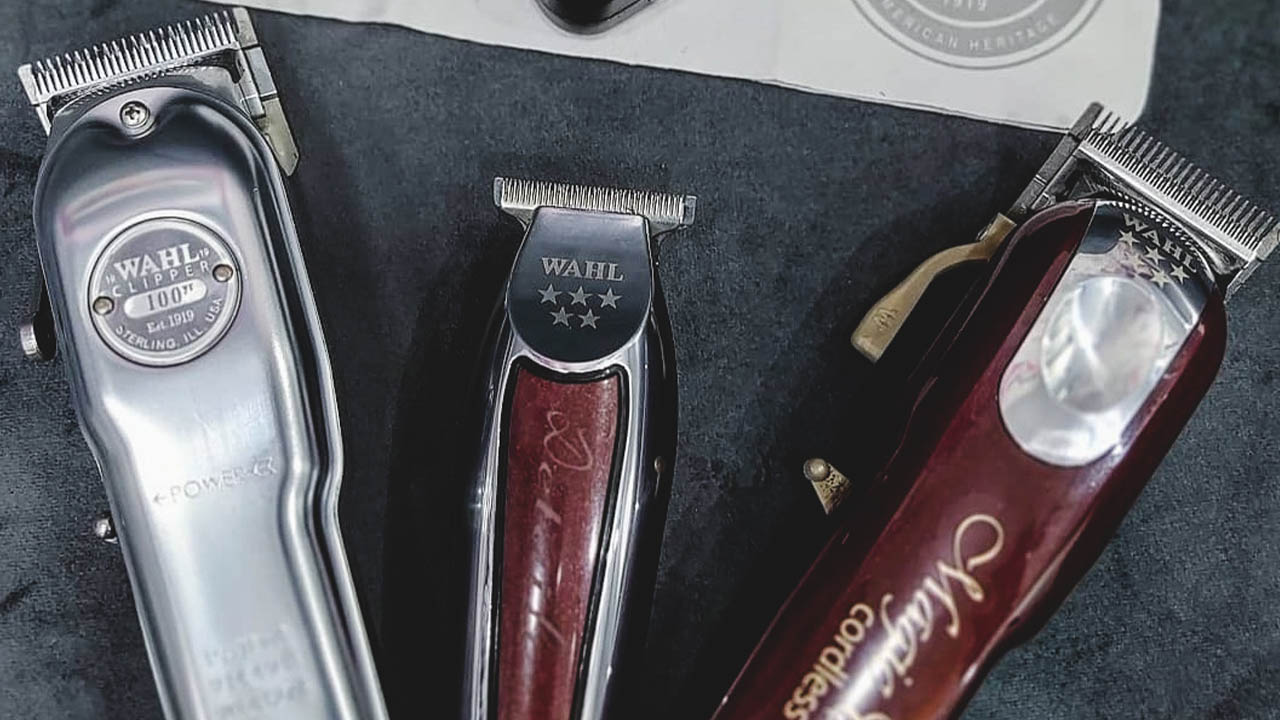 Wahl Magic Clip also comes from Wahl’s professional line of clippers. Thus, you can expect it to be powerful. It has a motor that produces 5500 RPM. This is on the lower side when we compare it to the Wahl 100 Year Anniversary clipper but quite powerful nonetheless.

Among other properties, Magic Clip has a plastic body with a stainless steel blade. However, at 10 ounces, it is heavier than all-metal Wahl 1919.

Magic Clip also has a two-hole stainless steel blade, but it is a staggered-tooth blade. This is different from the standard taper blade for the Anniversary clipper. In terms of usage, Magic Clip is best for skin-tight fades and smooth blends against the mastery of 1919 at tapering and bulk removal.

Moving on, both of these clippers have corded and cordless functionality. However, when cordless, Magic Clip gives 90 minutes of runtime as opposed to 70 minutes for the limited-edition model.

In terms of accessories, as we talked about earlier, Wahl 100 Year Anniversary clipper does not come with any guide combs. However, Magic Clip comes with not one or two but eight guide combs of different sizes. Price-wise, Magic Clip costs around $100 less than its competition here.

Verdict: Magic Clip is another decent clipper from Wahl which finds itself in the league of the best clippers around. However, when we compare it to Wahl 1919, it lags behind on motor power and overall construction. Magic Clip, on the other hand, does have a better cordless runtime and it comes with a better set of accessories. They have different blades that are efficient and work for different purposes.

Wahl 100 Year Anniversary Clipper is a better clipper overall but if you are looking for more value from your bucks Magic Clip stands out as a better choice.

In Wahl 100 Year Anniversary Clipper, we have a beast when it comes to performance and real-life utility. It has a motor that is hard to match and a blade that is efficiently personified.

With its retro looks and high impact resistance, it is a clipper that deserves to be admired and adored. In addition, both corded and cordless operation makes it highly valuable for professional use.

There are a couple of things that we could have asked for like the inclusion of guide combs. Other than that the clipper itself has no major shortcomings and in terms of efficiency, it is a force to be reckoned with.
4.4